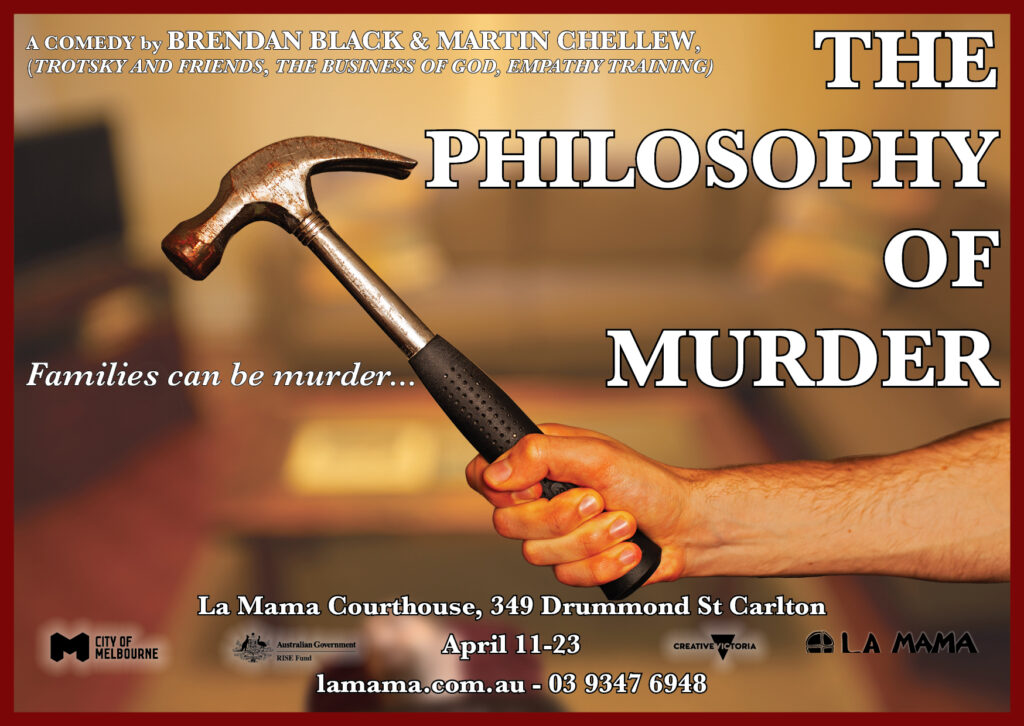 ‘Mick, a young tradie, accidentally kills a client during an argument. Unable to deal with his actions, he seeks out his brother Shane, an outlaw biker and amateur philosopher, who enlists Kev, a friend and local drug dealer, to remove some incriminating evidence from the scene. When Kev realises he is now implicated in a murder, he freaks out. Shane assaults him and ties him up, discussing the philosophical reasons for why Kev should be their scapegoat. Needing to cover up one killing and on the verge of committing another, Mick and Shane work their way towards freedom, experiencing many complications and coming to learn much about themselves – and each other.’

Tickets will go on sale in March 2023 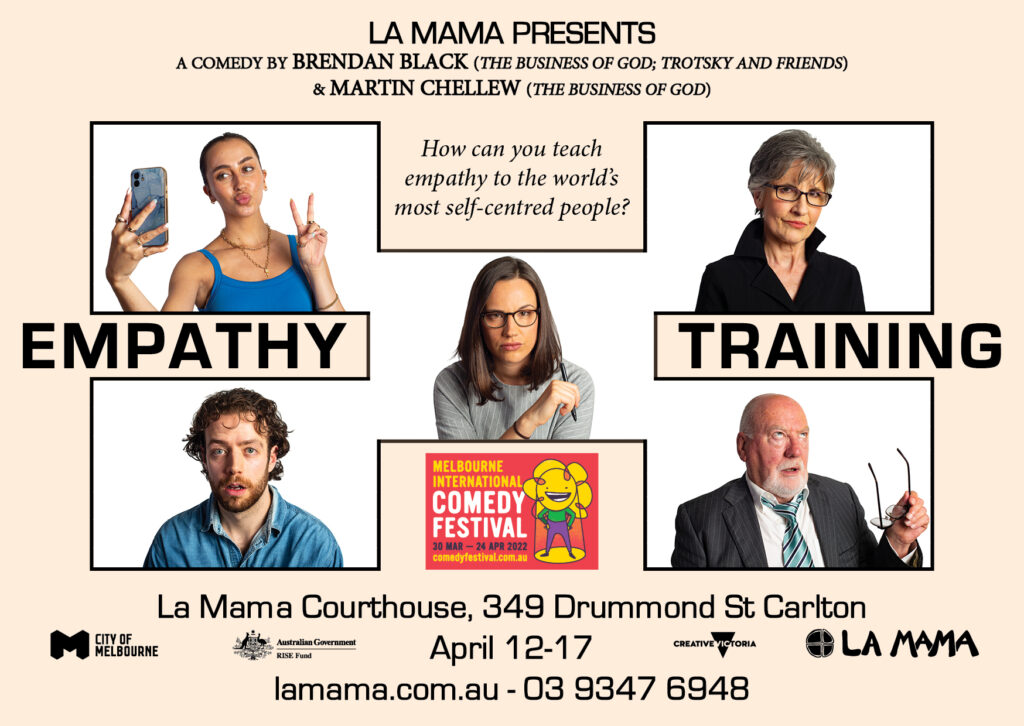 ‘A group of high-profile and completely self-centred people must undertake empathy training in order to resurrect their careers and restore their public images. The participants include: Tucker, an AFL player charged with defamation and committing a lewd act in public; Maddysyn, an influencer accused of negligence and defrauding her followers; Cynthia, a businesswoman involved in the exploitation of workers; and Winston, a politician accused of nepotism and spending public money for his own purposes. Guiding them through the course is Sarah, a psychologist, who must also overcome her own issues. As expected, the training does not go to plan…’

Set in a version of Heaven that we rarely see, The Business of God explores the issues of religion, mortality, and being the best possible version of yourself – even after death – in a place that is far from a paradise.

Michelle, a passionate atheist, arrives in Heaven, quite disappointed. She meets St Peta, who is unhappy about being misrepresented in the Bible, Jesus, who is a depressed stoner, and Satan, who wants everyone to know he’s actually a nice guy. Together, they decide to challenge the business of God.

The Business of God came about due to our personal experiences with religion many years ago, infused with the reasons why we turned our backs on it and the effect we see it having on societies throughout history. By staging the production, we hope it will get people thinking about how they can still lead a full and rich life without religion.

It started its life in 2010 as a short film, yet as we soon realised we would need a very large budget to bring it to fruition, we shelved the project. We raised it from the dead in 2018 and set about breathing new life into it as a stage production, discovering that theatre would allow us to examine subjects that we could barely touch on in a 15-minute film.

In October 2019, life imitated art when Martin had a serious motorcycle accident, coming very close to experiencing his own mortality, He has since started recuperating, although he likely won’t ride again.

The Business of God stars:

Trotsky and Friends is the first stage play by Brendan Black, which premiered with sold-out shows and satisfied audiences at the 2016 Melbourne International Comedy Festival, undertook a regional tour to Stratford, Bendigo and Traralgon in July and August 2016, and was performed again at the 2017 Melbourne International Comedy Festival to double the number of patrons as the previous year!

Leon Trotsky struggles to finish a manuscript before its deadline, but is interrupted by Sigmund Freud and Carl Jung, whose bitter feuding and brazen rivalry show no sign of abating. Vladimir Lenin, keen to push on with his plans for the revolution while suffering from a venereal disease, introduces Leon to an ambitious Joseph Stalin and an impressionable Tito, yet the four quarrel and compete unceasingly.

With the arrival of Archduke Franz Ferdinand and his wife Sophie, the composer Alma Mahler, and a penniless artist, Leon’s desire for a productive writing session and enjoyable dinner quickly descends into farce, with the group’s interactions, arguments and celebrations helping to shape their own lives and the future of humanity.

Based on true events and characters, Trotsky and Friends is the first work to bring together this motley bunch of 20th-century personalities, in a rollicking tale of what happens when big egos, big IQs and big doses of alcohol collide in a confined space.

Interviews, reviews and media for Trotsky and Friends:

Manage Cookie Consent
To provide the best experiences, we use technologies like cookies to store and/or access device information. Consenting to these technologies will allow us to process data such as browsing behavior or unique IDs on this site. Not consenting or withdrawing consent, may adversely affect certain features and functions.
Manage options Manage services Manage vendors Read more about these purposes
View preferences
{title} {title} {title}